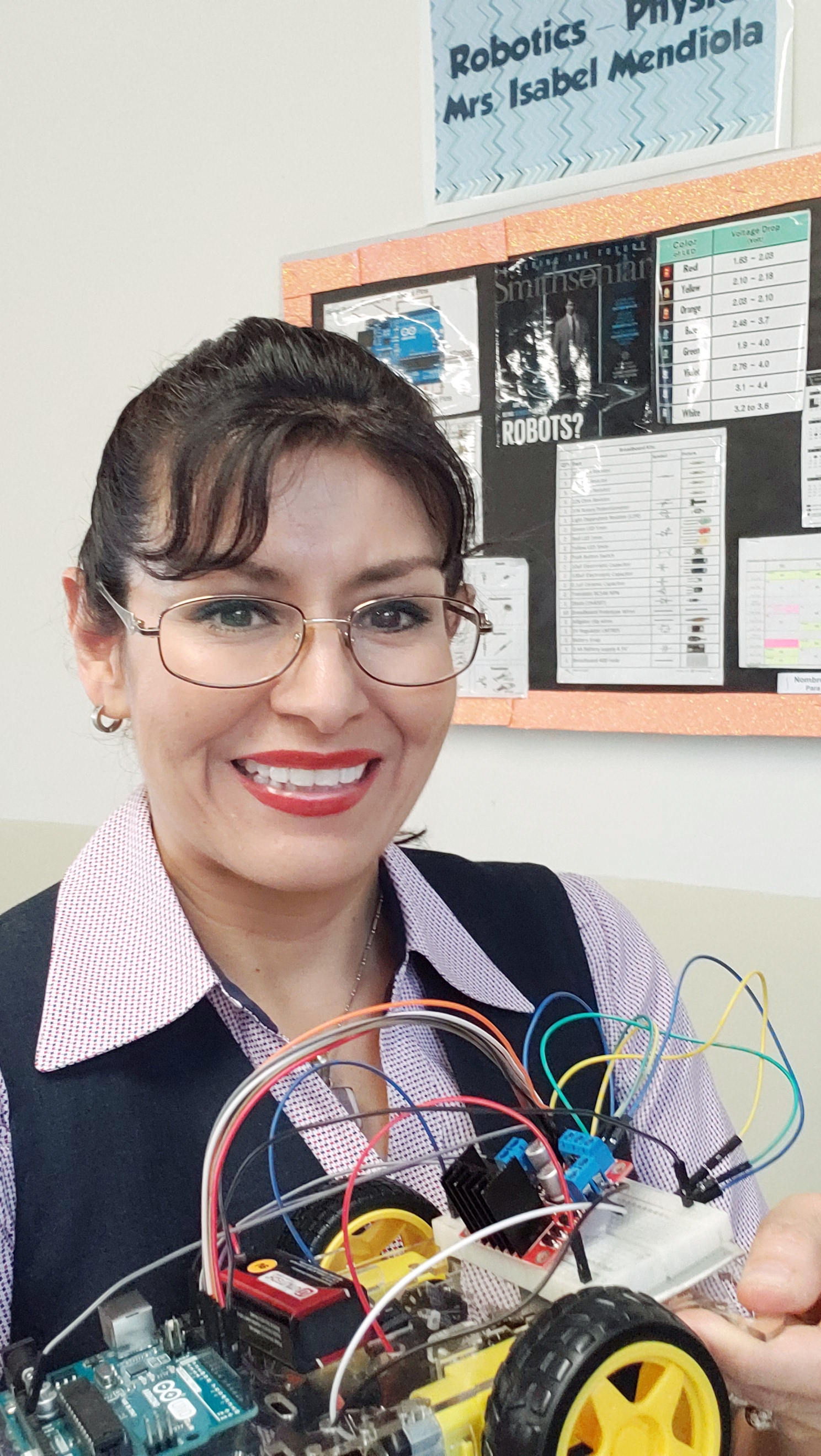 For the past 15 years, Ms. Mendiola has been working as an educator in elementary, middle, and high schools in Monterrey Mexico. Ms. Mendiola has taught Biology, Physics, and Chemistry and is a pioneer of STEM/STEAM programming in Monterrey. She teaches in both English and Spanish for learners of diverse skill levels.

Ms. Mendiola's home city is one of the largest centers of manufacturing in Mexico with a large demand for skilled workers including technicians and engineers.  There are also many universities and hospitals that create a demand for laboratory specialists, nurses, scientists, and doctors. Her skills as an educator and technologist have helped students prepare for the jobs in the city.

As a child, she has held a deep curiosity for robots, how vehicles move, and how electronic devices were made. She acted upon this curiosity by drawing sketches of bikes, furniture, and structures. Her parents encouraged this curiosity by bringing home vacuums and radios for her to dismantle. Her early passion was showing how things were designed and then building them.

As an adult, she found that she had a gift for sharing her interests in technology and robotics with elementary and middle school students. She has worked for several schools in Monterrey. Eventually she started working for a school that wanted to include small engineering projects in the elementary curriculum. She also integrated computer skills into the course work and saw the students responding positively. She also found that her teaching had to evolve. She began by designing teaching strategies that complimented students learning styles. She designed interactive presentations for each subject, building lesson plans around specific experiments and projects that included engineering. As a culminating experience, she introduced her students to science fairs and competitions in Monterrey where that met other motivated learners like themselves. But more importantly, the students met scientists and engineers who critiqued, validated, and extended their projects.

For her current teaching position, she planned, implemented, and executed the preparation of students to compete in regional and national science contests such as JASON Project, Youth Leader Explorers and Comisión Nacional de Ciencias y Tecnología (CONACYT). Six years ago, she understood the importance of the Arduino(R) platform and began incorporating it into her teaching.  For the past five years, she has written, implemented, and assessed the junior high school technology curriculum focused on Arduino®. For her school, she has had the opportunity to write and implement after-school programs and training for teachers as well as the junior high school science and technology fair.

Ms. Mediola has  B.A's. in nutrition and child psychology, a federal certificate in educational pedagogy, completed coursework towards an engineering degree, and is currently completing her Masters in STEM Education.